When first I heard about a perennial rockmelon, it sounded too good to be true. So much so that I just had to try for myself. Now, a few years down the track, pepinos (Solanum muricatum) have become a staple in our backyard food forest.

Pepinos originate from South America and while they like warm climates, they grow well even in cooler areas like the southern parts of Australia. In our Melbourne backyard, they give us a generous taste of the tropics in winter – a much-needed relief from the abundant citrus being pumped out of the garden at this time of year. When fully ripe, pepinos taste very similar to rockmelon/cantaloupe, and are delightfully sweet and juicy.

Pepinos are one of the easiest and least fussy plants you can grow. They flourish in our poor sandy soil, and produce well even in a mostly shaded part of our garden. In shade, they are drought-tolerant and we watered ours only a few times all summer. For this reason, they are valuable as lower canopy plants in a food forest.

Of course, in a sunnier spot and given more love (with some manure and compost added to the soil each year) they will produce bigger and more fruit, but they are not demanding by any means. Pepinos are also virtually pest-free, although our possums do like to devour the foliage when they have run out of other food sources in winter, so avoid planting them along your fence line.

Pepinos have a rambling habit, and will easily take over a patch if you don’t keep them in check. Anywhere they touch, they will root, so you’ll have enough plants to share with the whole neighbourhood.

Because they are messy growers, in my experience, the best way to grow pepinos is to train them up a trellis. This not only saves space, but also maximises sunlight and improves fruiting. Pepinos don’t have tendrils so can’t climb on their own. This means you will need to tie them up, or do what we do: we grow our pepino intermingled with a banana passionfruit vine, and as the passionfruit vine climbs, it naturally ties in our pepino for us – the do-nothing gardener’s way to train a pepino! 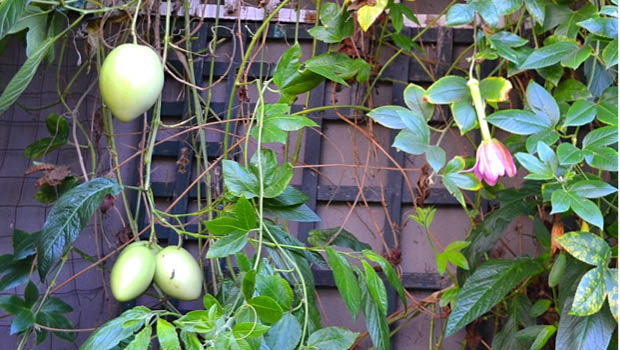 Pepinos are perennial, so plant them once and have rockmelon-substitutes for years to come. A word of warning: they are sensitive to frosts, so if you live in an area with snow or frost, especially if your soil is heavy and stays wet in winter, you are better off planting pepinos against a brick wall in a sheltered location, cutting them back and offering some protection in winter. Or try putting them in a medium-sized pot with well-drained potting mix. In our Melbourne backyard with light frosts, they are not deterred at all by winter and keep charging ahead.

Pepinos are close relatives of eggplants and potatoes, and will produce eggplant-like purple flowers during spring and summer. As they are self-fertile just one plant will produce fruit. The green pointy egg-shaped fruit will gradually turn to golden when fully ripe, generally in late autumn and winter. They will often have pretty purple stripes, but not always. Leave them on the vine as long as possible for maximum flavour. 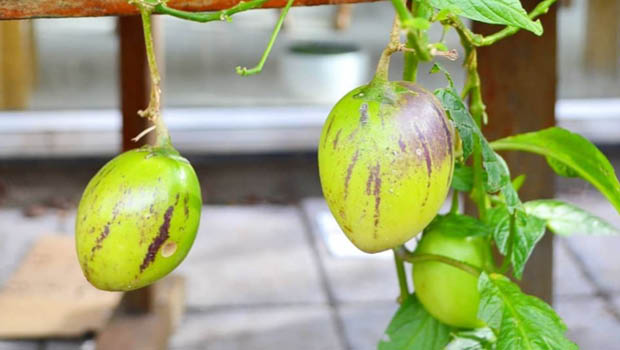 A ripe pepino should be slightly soft to the touch and have a fruity aroma. We love slicing them up and devouring (the skin can be a little chewy so you might like to remove it), or using as a refreshing addition to fruit salads or smoothies. They are also great for dehydrating and adding to cereals.

Be warned though, when under-ripe pepinos can be a little bland and underwhelming, and some think their taste resembles cucumber. For this reason, under-ripe fruit are best used in a savoury salad. If you accidentally knock off an unripe fruit, don’t despair. We have left them in the fruit bowl next to bananas for a few weeks to ripen.

Pepinos are such a tasty, fun and low-maintenance addition to any backyard, why not give them a go?

Plants & Vegetables, All Gardens, Pepinos, perrenial rockmelon, melon, grow your own, What to do now 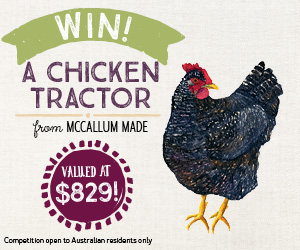