Penny Woodward's glossary of organic gardening terms for novice gardeners – plus, a useful reference for the more experienced among you, too.

Bare-rooted: Many deciduous plants are available bare-rooted in winter, allowing them to be transported without soil or pots. Ornamental trees, roses, fruit trees such as berries and some perennials, can all be purchased more cheaply this way.

Getting familiar with nude trees by Justin Russell

Bolting: This refers to plants that flower and produce seed prematurely. It can be caused by a number of factors, such as extra cold or heat, or increasing day length. After bolting, plants are usually unusable. This is different to plants that go to seed at the end of the season.

Bolting, and how to postpone it by Justin Russell

Compost: Create your own by combining garden and kitchen waste so that, with the help of soil biota like worms, protozoa, fungi and bacteria, the components decompose into simple, natural compounds, plant nutrients and beneficial organisms. Can also be bought at garden centres.

Building your own compost bays by Phil Dudman

Manure in, compost out by Penny Woodward

How to make a wormfarm tower by Phil Dudman

Crop rotation: Controls pests and diseases by moving vegies to different beds each year over a 3-6 year cycle. Plants in the same family, such as the Solonaceae (includes tomatoes and eggplants), are often affected by the same diseases and pests, and which build up if you keep planting the same family into the same soil each year.

Espalier: Involves pruning tree branches – commonly fruit such as apples and pears – to encourage them to grow flat against a wall or trellis creating two dimensional growth. This keeps plants smaller and easier to net and protect.

Tidying your trees by Penny Woodward

Making the cut by Phil Dudman

Fertilisers: Complete fertilisers deliver essential nutrients for plants, the main three being nitrogen, phosphorous and potassium (NPK). They also contain micronutrients (see below). Fertilisers are important for particular growing phases, plants in pots and when you first establish your garden. But by regularly adding soil amendments and establishing a thriving microclimate in your soil, a good proportion of nutrients will be supplied from the soil.

Fertilisers/Liquid complete: A quick way to get nutrients into plants via their roots. Use during the growth season especially for leafy plants; and when plants are flowering and fruiting.

How to make compost tea by Simon Webster

Foliar feed: Means spraying diluted fertiliser or amendments onto leaves where it’s quickly absorbed into the plant (most plants can absorb nutrients through their leaves, as well as their roots).

How to fertilise by foliar feeding by Phil Dudman

Grafting: Placing part of one plant (a bud or scion) into or against a stem, root or branch (called the stock) of a different but related plant. They are then taped or clipped to hold them in place so that both partners continue to grow. Grafting allows fruit trees to be grown on rootstock that is more disease resistant, more drought or wet tolerant; or to create dwarf trees.

The hard graft by Phil Dudman

Heirloom: Vegetables developed and saved over time, often with a known history, and passed down through generations. They can be saved and sown by anyone. Newly bred cultivars that are still open-pollinated are often called modern heirlooms.

Why grow heirlooms by Penny Woodward

Corn fights back by Justin Russell 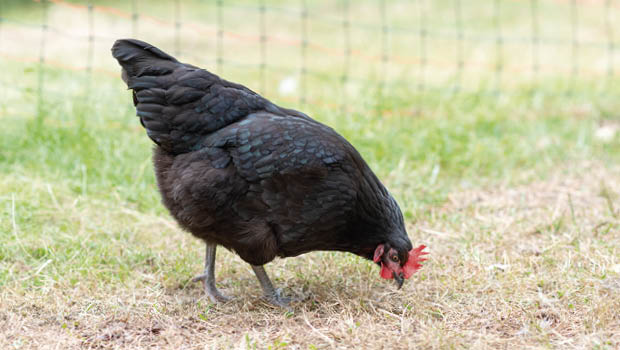 Heritage: Usually used to describe fruit trees and animals, and like heirlooms, are particular lines that have been bred and cared for over many generations and valued for their attributes and genetic make-up. (Pictured above is an Astralorp heritage chook)

Hybrids: Can occur accidentally in nature or deliberately when a gardener, farmer or breeder crosses two different cultivars of the same species in an attempt to develop particular characteristics. Takes 7 generations. The production of F1 (first filial) hybrid seeds is much more complex – seed is unstable so won’t grow true to the parent.

Intercropping: Means growing two or more crops at the same time in the same space for beneficial reasons. It could be quick-growing smaller plants like lettuces between larger tomatoes, or pest-controlling plants like nasturtiums grown with cabbages to repel aphids.

Spring to it: spring onions by Penny Woodward

Micronutrients: Trace elements that are only needed in very small amounts, but are essential for healthy plant growth. They are boron, calcium, cobalt, copper, iron, magnesium, manganese, molybdenum, potassium, silicon, sodium, zinc. You find them in complete fertilisers, as well as rock dust, seaweed extracts and trace element mixes.

It's elementary by Peter Cundall

Mulch: Material spread over the soil surface to shade it and reduce evaporation, and protect the microbiota in the soil. Can be organic (straw, hay, leaves, sugar cane waste, bark, shredded garden waste) or inorganic (river stones, scoria, small rocks). Organic mulches also break down and add organic matter to the soil ecosystem.

Making the most of your mulch by Penny Woodard

Grow your own mulch by Justin Russell

Mulches and mulching by Penny Woodward

Potting mix: Made specifically for potted plants, it should contain everything needed for complete plant growth. Potting mixes are dynamic communities containing micro-organisms that feed on the fertilisers and micro-nutrients in the bag, so need to be no older than six months. Look for the Australian certification of 5 ticks on the bag, and also organic certification logo (not just the word ‘organic’).

Planting seeds in your own seed-raising mix by Justin Russell

How to make your own seed-raising mix by Phil Dudman

Propagation: Growing or creating new plants. This can be from planting seed, by using existing plants to take cuttings, by layering, or dividing a clumping plant.

The Great Divide by Justin Russell

How to save seeds by Simon Webster 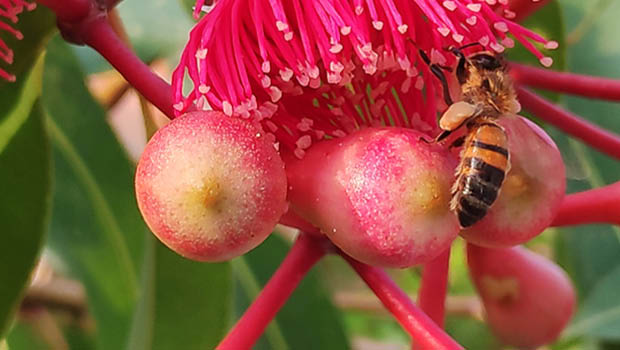 Open-pollination: This occurs when facilitated by wind, birds, insects or humans. There is nothing stopping the flow of pollen within a flower, or to another flower. Open-pollinated plants are more genetically diverse, creating the chance of adaptations to environment and soils over time. Seed produced remains true to type and able to resown, unless there is a cross between different cultivars within the same species. This can result in a natural hybrid.

All abuzz by Kirsten Bradley

The birds and the bees by Justin Russell

Seaweed extract: Numerous products are sold. A concentrate is made from brown seaweeds (including Ascophyllum nodosum and Durvillaea species) Gardeners dilute and then spray on plants or water into the soil providing essential micronutrients, and potassium (K), as well as helping to bind soil, acting as tonic, encouraging root growth and increasing tolerance to heat and cold.

Seed planting: The decision to plant into punnets, trays or pots; or directly into the soil (direct sowing), will depend on seed size and whether seedlings tolerate transplanting. Generally, very small seeds, as well as slightly bigger seeds, like tomatoes, eggplants, capsicums and brassicas, that tolerate transplanting, are best sown into containers. Much bigger seeds like beans, peas, zucchini and pumpkins can be sown into small pots, or straight into the garden. Plants grown for their roots like carrots, parsnip, radishes and beetroot really dislike being transplanted as do some Asian vegetables and herbs like dill and coriander. Direct sowing is best for all of these.

How to grow plants from tip cuttings by Penny Woodward

Planting the seed by Penny Woodward

It's elementary by Peter Cundall

Compost – a recipe for success by Penny Woodward

How to beat hydrophobia by Justin Russell

What is biochar by Penny Woodward