Of all the berries growing in my garden – boysen, sylvan, blue, keri, kiwi and red, black and white currants, raspberries are my favourite. When picked fully ripe (rather than just under, as in the shops), raspberries have an even stronger taste and fragrance that’s pretty much unbeatable.

In my temperate Adelaide Hills climate, raspberries do best in dappled shade or morning sun. Hot afternoon sun and windy spots scorch foliage and shrivel fruit, so adapt your growing position depending on your climate (full sun for the coldest regions, more shade in the warmest ones). Hiking in the Italian Dolomites, I saw (and ate!)  raspberries growing wild – in full sun but cool alpine altitudes, as well as in heavy shade. And my grandparents had success with raspberries in hot suburban Adelaide by planting them on the eastern side of the house.

There’s just one trap for new players, in that there are two main types of raspberry under cultivation, and it’s important to know which one you have because they are pruned and trained differently. For the same reason, they are best grown in separate beds, or you’ll become hopelessly confused!

You can let autumn raspberries grow wild in a patch, but they will soon become overcrowded and shade themselves out of flower bud production, and it will become increasingly difficult to pick the berries. Therefore, give autumn raspberries parallel wire supports 50-60cm apart, at knee, hip and chest height, with ladder-like cross-bracing to hold canes. In short rows, wires don’t need to be excessively tensioned.

Summer raspberries are taller and need a single wire strung at 50, 100, 150 and 200cm.  There are other ways to trellis raspberries, such as up a single post support, but these are two of the simplest.

Both kinds are deciduous over winter, and both begin to grow again in spring. As you’d expect, autumn raspberries such as 'Autumn Bliss' may produce the odd crumbly berry in summer, but crop most heavily in autumn, bearing at the tips of that season’s growth (primocanes). To encourage plenty of fresh new primocanes, cut them back to ground level after leaf fall in early winter every year. Then, in spring, when canes are about 60cm tall, top them by removing the last 10cm or so of growth to encourage branching. If you have growing supports, remove canes that are outside it – you want a strip of growing canes 40-50cm wide, or they become too difficult to harvest.

Summer raspberries are a little different. These first year canes – primocanes – emerge in the first season and grow to 2m without fruiting. In the second season, these same canes, now known as floricanes, form side shoots, and it’s these laterals that flower and bear fruit. Some summer raspberries also have a small autumn crop. 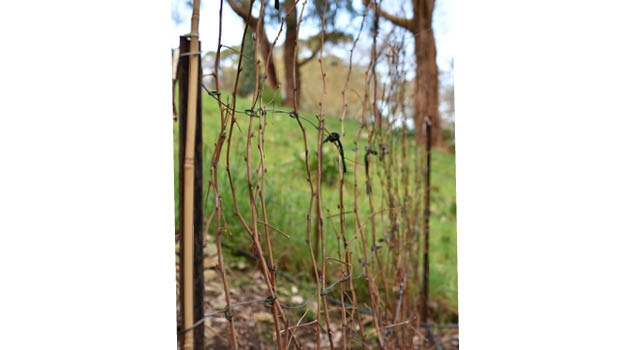 As summer raspberries lengthen, tie new canes to the opposite side of support wires. When the floricanes of summer raspberries finish fruiting and die, cut them at ground level. At the same time, tie the lengthening new bright green primocanes to the opposite side of support wires. You can also span parallel wires, and tie canes to the adjacent ones if you prefer. Tip canes when they are just above the top wire. When established, thin canes so they are spaced about 15 cm apart on the support wires, choosing the thickest, strongest canes. Cut, don’t pull, excess canes within the row to avoid damaging nearby roots. It’s okay to pull out straying suckers outside the row.

It's always a bonus to have your own supply of fresh fruit in your backyard so here's some more articles to help:

Gardening Basics, All Gardens, Raspberries, fresh fruit, fruit, berries, What to do now

Start your own food garden

Getting your vegie garden started 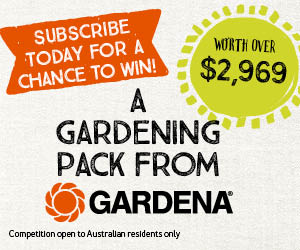 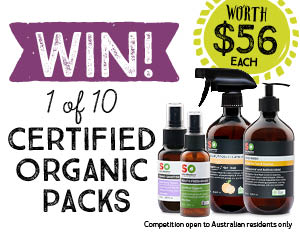