Linda Cockburn says we can all take effective action to bring about necessary change to help our planet. We can start with supporting our soils.

Like most catchphrases that we overuse, the word sustainable has become an oxymoron. With 7 billion on the planet there can be no human sustainability. By the time we’ve got out of our bed, put on our slippers and had a cup of coffee, the sheer number of us doing it can never be sustainable even if the sheets are organic and our coffee forest-friendly.

In Australia we overshoot the earth’s annual ability to support our population by March 31, 2020 – we are running up a debt that we can never repay. It’s not just our children who will service the debt, the loan is being called in early with droughts, bushfires, broken water systems and meteorological records. Australia leads the world in species extinction.

In 2001, I googled ‘How much pollution does my car produce?’ The answer was hard to find. The average Joanne wasn’t talking about personal impacts back then. I found it, 1kg of CO2 for every 1 litre of petrol and it pollutes over 10,000 litres of air.

The emissions have more than doubled since then. I could do nothing about other cars, other houses and what people did in them, but we could do something about what we did. So we did.

We researched, experimented and reduced areas of our lives and ballooned out in others (never the inflatable kind). Over four years we retrofitted our house with solar panels, solar hot water, rainwater tanks, a composting loo, energy-efficient everything. We bought eight chooks and a goat called possum. My partner, Trev, pushed his recycling centre to the max and I extended our food garden to encompass the entire lawn. We mounted our pedal-powered pushies with a $2 tip shop bike and a $2000 electric jobby and proceeded to work our butts off. Literally. There was quite an accumulation from our junk-food fuelled lifestyle.

We went six months without spending money to see how far we could reduce our impact in comparison to the average Australian. It was around 95 per cent. We wrote about it in Living the Good Life: How one family changed their world from their own backyard.

Then we moved to naturally air-conditioned Tasmania and started the process again on a 1.5 hectare block. We added in bees, sheep, ducks and a straw bale house that Trev built. I held the ‘dumb end’ of the tape and was in charge of messing up my rotator cuffs hand applying tons of mud.

It’s been glorious. But we got a lot wrong.

In the 14 years since our six-month experiment our family quest for the mythical state of sustainability has changed.

I no longer believe investing in green energy and technologies is the answer to climate change. It’s ‘Hopium’ – just another road trip to extinction, albeit a slightly longer one than burning coal. Whenever I say this the inevitable response is, “Well we have to have something to hang on to, we’re drowning in extinction misery and you just made it worse.”

Solar panels are very energy intensive to produce;  both mining common and rare earth minerals requires fossil fuels. The process destroys ecosystems, pollutes waterways, in some cases uses child and/or exploitative labour. Solar panels are better than burning coal and gas, but not by as much as we think. Also, the market is flooded with cheap panels that last only a few years, creating a waste stream and a recycling nightmare. If going solar, buy panels that will last a decade or more.

While there are newspapers and people who pacify the population with climate denialism – there’s a second group who believe we can ‘solve’ the planetary emergency through the purchase of green technologies and someone else will step in and sort things out before it’s too late. This is a gentler form of denialism. And it isn’t going to work.

So this is where I turn the tables and tell you a sure-fire way to a healthy planet.

Yes! Reduce your energy use in the home: do an energy audit, unplug things, reduce the size of your TV or get rid of it, insulate the house, when appliances can no longer be repaired, replace them with energy efficient models, or question whether they are required at all.

Install solar hot water – which is different from solar panels in that they use the sun to directly heat your water rather than turn photovoltaic energy into electricity. It’s a 70-80 per cent reduction in your water heating bill.

Plant fire-retardant deciduous trees around the house to shade it in summer. And use your power meter to gauge how you’re going.

If you live in the city, opt for public transport, or BYOE (Bring Your Own Energy) legs or bikes. If you really need a car go for the most energy-efficient model and then try not to use it, or better, use a rideshare service.

Don’t fly. The game of musical chairs is over. Find your seat, sit in it. Easy to say, hard to do. But necessary. I joke that the quickest way to bring down the estimated 23,600 planes in the air at any one time – is to not buy tickets. I don’t fly. It’s one of the best things I can do to reduce my carbon footprint. Despite having family in New Zealand, I content myself with phone calls and emails.

To mitigate carbon guilt there’s carbon offsetting, but the majority of those do only that – mitigate guilt. Many of the plantations are set up to generate corporate dollars rather than sequester carbon, with inappropriate trees grown inappropriately close in inappropriate places. Many die or are, when the money runs out (as with the John Howard tree planting scheme), simply bulldozed. Tree planting is important, but not like this.

Installing rainwater tanks is great. If you live in a harsh environment grow shade-protecting vines or trees around them to shield them from the sun and increase longevity.

Divest from fossil fuels. Change your bank and superannuation to ethical choices, so your money isn’t funding coal mines. This is a relatively painless process that goes a long way. Especially if we all do it.

Grow as much of your own food as you can. It’s one of the best things you can do, both for you and the environment. The food you can’t grow, buy locally and organic and do the no-added sugar, plastic, preservative-free dance. But not in the aisles. Retraction: Dance in the aisles! Talk to each other!

Get into the community and grow it, too! While there can be friction within communities, it’s a fraction of the overall benefits. Many of us are relearning what it means to be part of a community. We need to step out of our individualistic mindset and make stuff for the school fete, join the local book club and support the local farmers’ market. Be part of the relearning. Hang in there.

My family and I work in the community, particularly around food. We initiated the Huon Producers’ Network, ran sustainability projects through the Geeveston Community Centre, and more recently support RANT (Regenerative Agriculture Network Tasmania), which is assisting farmers to sequester carbon in their soil.

Some of the things you can do is join Landcare groups, repair workshops/cafes, climate groups, run community documentaries viewings, become a wildlife carer, carpool. Actively doing something is a great morale boost, and doing it with others only builds on that. Also, keep the pressure on governments and businesses to enact effective climate emergency action policies.

Cutting emissions isn’t enough, carbon capture is paramount. Carbon isn’t a bad thing – it’s the most common element and is essential to life. Especially, it turns out, to soil life. The stuff we’ve industrialised into dirt has limited ability to keep feeding us with only an estimated 60 harvests left. Our options include:

Regenerative agriculture: Puts it back into the soil where the majority of carbon has been lost, which improves production and profits by using techniques such as no-till, cover crops, animal integration and organics to increase soil carbon, which in turn increases our food security.

Biochar: Turns waste streams, such as rice hulls and sugar cane, into a stable form of activated carbon that increases agricultural productivity and can even lock up soil contaminated by heavy metals. And it traps carbon in a form that can last thousands of years.

Seaweed: It’s an algae that grows 10 times faster than terrestrial plants and we can use it to ocean farm carbon. The oceans have acidified as they buffered us from the overload of atmospheric carbon, but it’s reached its limits. We also have ocean dead-zones, caused by agricultural run-off, which we can farm and bring back to life. There are even possibilities to farm it for biofuel and create a short carbon cycle.

Tree planting: Trees help not just reduce atmospheric carbon but reduce temperatures, stabilise landscapes and water systems. They are crucial to a healthy environment. Where we’ve removed them in our more fragile ecosystems we create deserts. We should not be cutting them down anywhere. Organisations that plant trees responsibly are worth supporting. Perhaps we need a scheme where you pay a charge for every tree cut down, that immediately goes back to preserving or planting more trees. 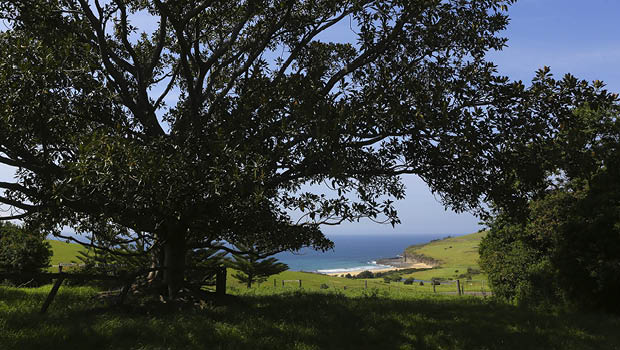 It’s time to step it up. Sign petitions, talk to your local politicians, grab cardboard and paint, come up with a catchy phrase and flash it at protests aimed at protecting the planet. Apart from knowing you’re not on your own, there are some amazing people to meet, and great things to achieve. Don’t believe the articles that say it’s wrong or not worth it. How did women get the vote? They chained themselves to things, walked the streets with handpainted signs and didn’t give up despite a society that condemned them for their actions.

It’s our job to make this planet well again, and we shouldn’t need permission for that.

Understand this isn’t a fight that’s going to be over: a) by the next election; b) by 2050; or c) whatever marker you’re using. This is the way of life of the planetary caretaker, acknowledging this removes some of the heartache of waiting for a resolution that will never come. This is a work in eternal progress.

We’re part of the Great Relinquishment, the letting go of the things that do not serve us. It’s hard. Saying no to ourselves isn’t in our wiring. But either we adapt to our environment or we destroy it.

That’s a horrible line to end on. How about this one. Change isn’t terrible. Studies show that no matter the given circumstances of a person, if you ask them how happy they are, they almost always say 7. In tough times we may slide down to 1 or 2, but within a relatively short time we bounce back to 7, even if our circumstances have permanently changed.

Our wiring may not like change, we may avoid it at all costs, but we can adapt and remain happy in the long run.

There is no sure-fire way to a healthy planet. We’re making the game up as we go along. But we need all players on field if we stand a chance.

To read more about the practical ways we can make changes to our gardening practice that will help the planet subscribe to Organic Gardener or find a copy at your local newsagent.