Justin Russell looks for food that will provide resilience, nourishment and productivity in a changing world.

When it was suggested I write an article under the title ‘survival foods’, I immediately conjured up an image of an underground bunker stacked floor to ceiling with provisions: tinned food, dehydrated meals, grain and nut-filled storage bins and nutrient-dense muesli bars.

There’s a classic scene in Cormac McCarthy’s novel The Road, in which an unnamed man and his young son travel through an apocalyptic landscape in search of food, warmth and a better future. Starving, they come across an abandoned homestead, and find a secret hatch: “The man lifts the door and beneath he finds stairs that descend into a bunker full of canned goods, blankets, cots to sleep on, water, soap, ammunition (but no gun), and various other supplies. The abundance astonishes both the man and the boy, and the boy wonders about the people who made the bunker.”

Straight out of the survivalist’s playbook, that scene, but there actually is a movement of people preparing for catastrophe by building such bunkers.

While I agree there are challenging times ahead for humanity (in fact, already here), I don’t agree with the response. To me, the world is a place where true abundance comes not from a well-stocked bunker, but a well-loved edible garden.

Survival foods aren’t about hoarding and scarcity. They are about resilience and community, nourishment and health. Build a garden, not a bunker. Now there’s a title I can live with.

With this in mind, I’m keen to explore 10 of the most nutritious and abundant foods that can be grown at home, by ordinary home gardeners, with relative ease, in a changing climate. First though, it would be helpful to have a handful of survival food rules, a criteria about what should, and shouldn’t make the cut. I suggest survival foods should be:

So without further ado, in no particular order and with a focus on vegetables, here are my top 10 survival foods.

US gardening writer Carol Deppe, author of The Resilient Gardener, loves her spuds. She says: “To the High Heavens I praise the potato and recommend planting it, eating it, and honouring it.”

Why such praise? Potatoes are ideal survival vegetables because unlike most others, they are uniquely high in carbohydrates and protein. Throw in decent levels of vitamin C, fibre and potassium, and you’ve got a nutritional powerhouse that I predict will again become a backyard staple.

For temperate climates, I’m talking potatoes, but when it comes to arid areas and the wet summers of the tropics and subtropics, a better choice is the completely unrelated sweet potato. Also a nutritional powerhouse, it is easier to grow and can produce big, I mean football-sized, tubers.

Yes, pumpkins take up a reasonable amount of land, which in the city, can be precious. But they can be grown vertically on a trellis and compact forms are available. They make the list for their bulk nutrition and their ability to be stored. Cure them properly after harvest, keep them somewhere cool, dark and dry, and they’ll provide tasty food for an entire winter.

These are another of Deppe’s favourites, offering high levels of protein and capable of bearing huge crops. Also, they store brilliantly when dried, and are easily grown in every climate zone. Choose the correct varieties and you can grow beans all year round, even where it gets frosty (bush/climbing beans such as borlotti, lima, kidney, when it’s warm; broad beans in winter).

A survival food list isn’t complete without a couple of grains and flint corn makes the cut for a few reasons – it stores fantastically when dry, yields heavily, and is adaptable to climate extremes. North America’s First Nations Peoples grew corns for flour extensively and for good reason.

Survival implies resilience, and one of the best foods for developing such qualities, at least from a physical point of view, is garlic. For me, a clove or four added to a dish means food as medicine and the ability to transform something bland into something exceptional. Peasant foods such as garlic were grown well before life got easy, and they’ll be grown well after life gets hard. For temperate climates try ordinary garlic varieties, and for subtropics and tropics, go for elephant garlic.

Ignore it’s “fartichoke” reputation. The humble Jerusalem artichoke is one of those super high-yielding, unkillable yet pretty plants that wise gardeners allocate a corner to “just in case”. The tubers are something of an acquired taste, at least in my experience, but with a bit of flair they can make a significant contribution to a post-apocalyptic diet (as a bonus, it’s rumoured that zombies HATE the smell of farts).

The recent darling of hipster gardeners the world over, kale has for centuries remained the darling of Eastern European peasants thanks to a range of virtues. It’s generally easy to grow (especially in winter, watch for aphids and cabbage whites in summer), bears plenty of leaves and as far as greens go, packs plenty of nutritional fortitude. Ordinary Russians survived the collapse of the Soviet Union partly on the back of kale. As a bonus, in warmer climates it can be perennial.

Much maligned in these days of gluten intolerance, the growing of wheat didn’t coincide with the dawn of civilisation for nothing. But why grow it in a garden setting? Clearly, the yields aren’t high enough per square metre to warrant space in a small garden, but give it 50 square meters (if you have it or can find it), and you can pretty easily produce enough flour to bake a loaf of bread per week for a year (assuming a yield of around 500g/sq m). Wheat stores exceptionally well, suits a wide range of climates and has that carbohydrate/protein combination that is the hallmark of many survival foods.

You can also look for ancient grains, such as spelt, that have different and reduced gluten (but they still are no-go for coeliac sufferers). Or try gluten-free buckwheat.

From a nutritional perspective, tommies lack the protein of their cousins, the potatoes, and contain a lot of water. However, if you grow and eat a range of all the different-coloured heirloom tomatoes, then you will be eating most of the phytochemicals (that give fruits their colours) necessary for good health.

Also, where they outperform something like the spud is in their versatility, and eatability. A bottle of homemade passata, easily stored in a larder for months, can be the difference between a bland meal and something spectacular. The vines are prone to a few diseases and pests, but with a bit of care, they can produce hefty yields in relatively small spaces. I see tomatoes being a valuable trading good in a survival economy – a bottle of my preserved sun-dried toms for a pumpkin, anyone?

I said at the outset that I was going to focus on vegetables, but it’s impossible to overlook eggs. The animals that produce them are such a key part of thriving, abundant, harmonious systems of backyard food production that they demand an inclusion. Chickens are the mainstay, of course, prized by food growers the world over for their ability to turn veg scraps and garden pests (along with other dietary inclusions) into an outstanding source of food and fertiliser. Also consider ducks, especially in high and consistent rainfall areas, and quails – ideal in small gardens.

You can get our latest issue and learn more about helping the planet. Visit Organic Gardener Magazine Australia. 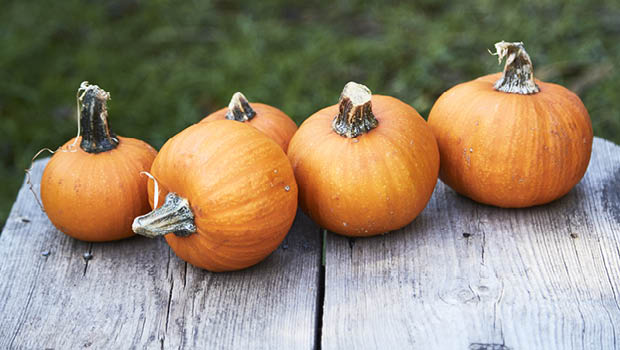