Australia is a nature-rich continent with more than 900 kinds of eucalypts to explore, including a breathtaking array of wildlife. It’s home to the tallest flowering trees on Earth, along with a handful of other eucalypts ranking among the top 10 tallest on the globe.

Did you know we are all powerful explorers that evolved to look around? Some parts of the adult brain remain as malleable as a baby’s. We are able to grow new connections, strengthen existing connections and even create new neurons. Hence, humans are lifelong learners. Discovery brings us joy. We discover because we are curious.

When we observe nature it evokes awe. There’s no better place to re-connect with nature than Tasmania's Styx Valley and its giants. Located 100 kilometres northwest of Hobart, it’s home to the 'king' of all the eucalypts, mountain ash. 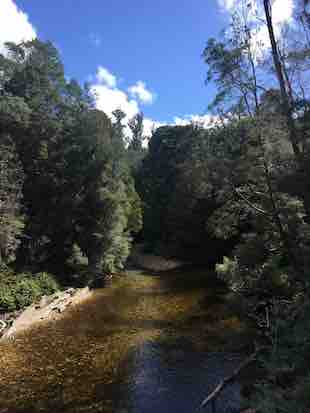 Renowned conservationist Dr Bob Brown, the Wilderness Society and others saved the tallest ones from a chainsaw massacre. Ancient trees within a magnificent stand of old growth, just north of the Styx River, are as tall as London’s Big Ben. These humongous cathedrals reach almost 100 metres towards the heavens.

They are home to a symphony in the sky of rich melodic birdlife. The feet of these giants are adorned with 500-year-old prehistoric-looking tree ferns. Look around the understorey and you’ll see sassafras trees. They’ve been growing here for 65 million years. Quietly walk the easily accessible trails with your family; marvel at nature’s finest masterpieces!

Incidentally, awe lowers the circulatory inflammation marker cytokine IL-6, which is linked to depression, stress and poor muscle-repair. Awe is also believed to cause humans to reinforce social connections. Awe-inspiring nature experiences can change a person for a long period of time, sometimes permanently.

While touring Tasmania make the effort to investigate the northwest corner, the Tarkine. It’s the cleanest air on the planet. It, too, is home to majestic temperate rainforests, equal to the area of Queensland’s tropical jungles. The diversity of wildlife is astounding, including rare Tasmanian devils and critically endangered orange-bellied and swift parrots. 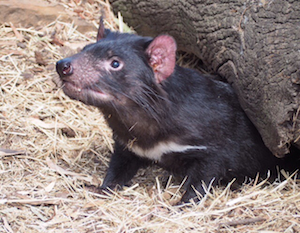 Along the hillsides near the Frankland River and elsewhere are very tall alpine ash, or, white-tops. Some of these beauties are as tall as 28-storey skyscrapers.

It’s about a three-hour drive from Burnie to the confluence of the Frankland and Arthur rivers. Stop anywhere in the ancient forest, take your re-usable water bottle and trek up a hillside to meet the tall ones.

Pick up a fallen leaf, break it and inhale deeply. Its invigorating peppermint scent is nature’s free medicine. The salubrious forest air is filled with compounds that the tree leaves and bark manufacture to protect against insect attacks. Those aromatic compounds, collectively called phytoncides, heal humans.

Bush walking and climbing up hillsides, to be amongst the tall ones, melts away stress. It also boosts human natural killer cells that safeguard the body, by as much as 40 per cent, from both infections and cancers.

At the end of the day, we are all drawn to nature’s tall trees because they make us feel good. 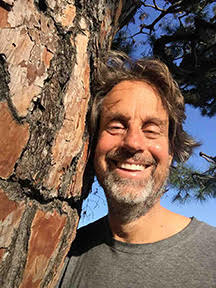