A one of my family’s favourite greens, asparagus is a must-have in our vegie patch. Cut fresh from the garden it’s like sweetcorn or tomatoes: it tastes exponentially better than that bought from shops. You can even eat freshly picked spears raw without blanching – they are as sweet, crisp and juicy as sugar snap pea pods.

Asparagus crowns are available bare-rooted from nurseries and mail order suppliers in winter – the latter often have unusual varieties such as 'Fat Bastard' and Purple. 'Mary Washington' is a reliable producer. Quality varies enormously between suppliers and expensive ones are not always the best (picture below shows how size can vary). Look for two- or three-year-old crowns when buying online because it takes a few years for them to get up to production, so paying a little extra for older crowns is worthwhile.  If you’re lucky enough to find male crowns, their spears are fatter and you’ll not get seedlings popping up around your garden. 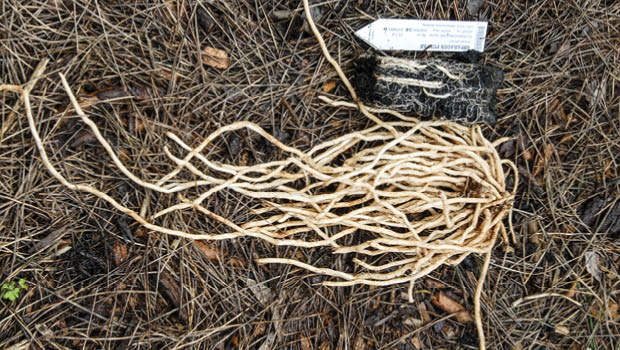 Asparagus beds are productive for decades if well prepared, sited and maintained. Choose a sunny, well-drained spot with friable soil – raised beds are best in areas with poor drainage or clay (add gypsum to the latter). Sandy soils are ideal. Very acid soils should be dressed with lime, and very alkaline ones with sulphur, as asparagus prefers a neutral pH. At least one month before planting time, improve soil with plenty of  pelletised chicken manure, or well-rotted compost or manure.

To plant, dig a trench about 1.5m long x spade depth, spread a thin layer of well-rotted manure on the bottom, and build cones of compost and soil about 50cm apart. Place the crowns on the cones, spreading roots outwards and downwards (see picture below). Buds should end up 15cm below the final soil surface. Backfill with the excavation soil, initially burying crowns only 5cm and then adding more as spears grow. 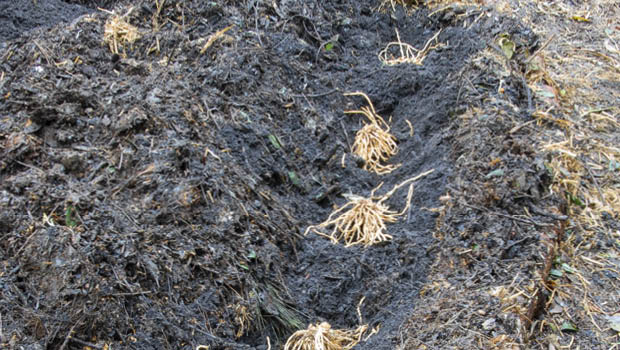 Mulch with a light, open mulch such as pea straw. In cool areas, leave soil bare to warm earlier in spring, and mulch just as spears begin to break the surface. Avoid harvesting asparagus in its first year after planting to strengthen plants. Once beds establish, harvest fat spears and stop when they start becoming thin.

I don’t water asparagus in my garden as there is enough subsurface moisture percolating through from beds higher up the slope. Too little water is better than too much. Control weeds and dress beds with well-rotted or pelletised manure annually in late autumn/early winter after removing dry stems.

Finding fungi in the wild